In 2018, the United States renewable energy market continued to grow despite a myriad of headwind issues such as federal tax reform, import tariffs, and a generally unfriendly federal political environment for renewables. 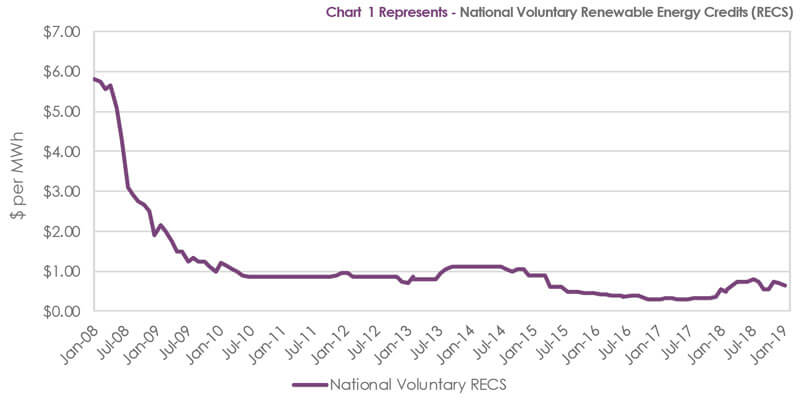 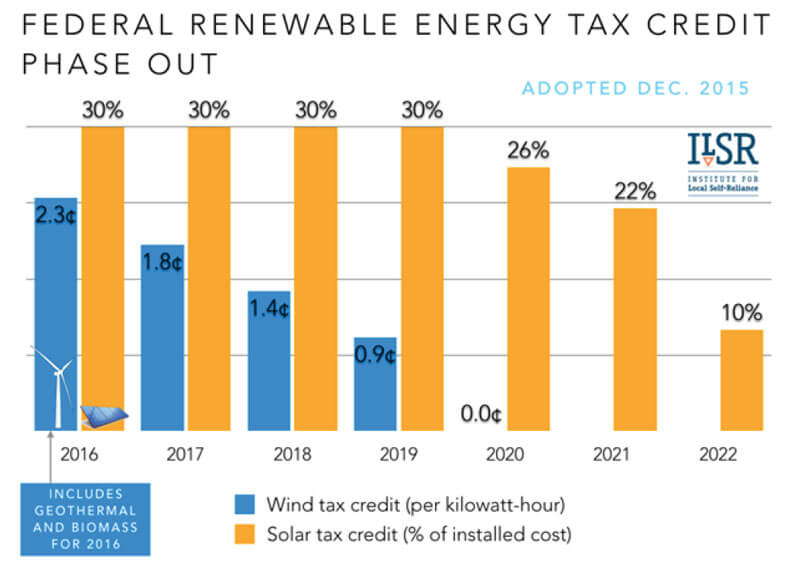 Looking forward, the increasing desirability by corporations and their customers to support sustainability should provide the impetus for even higher demand for renewable energy. This is happening at a time when the Production Tax Credits (PTCs) are scheduled to be reduced or phased out completely over the next three years (See table above). Project developers have been trying to move projects forward so that they can still qualify for the credits, but again, the value of the credits is declining. There is always the possibility that the credits could be extended, but there is no assurance this is going to happen. At this point, wholesale electricity forward curves (especially in the Midwest) are not able to support the building of facilities without some sort of subsidy. So, we could be soon entering a period for renewable electricity where demand is increasing but supply is contracting, which will make the costs increase everything being equal.

Alfa Energy Group, an Edison Energy company, is an international energy, sustainability and technology consultant partner with 200 employees over 4 international locations. For over 25 years, Alfa has been servicing its clients’ needs through energy and water management, sustainability, and compliance consulting, and an intuitive ecosystem of user-driven energy, water, and carbon management software platforms. With coveted awards, an international industry-wide recognition, and clever simple solutions, today Alfa is partnering with clients to establish and deliver pivotal net zero strategies. Through smart energy management, the expertise and diligence of its people, transparent processes, and data management, Alfa continues to lead through its recognised gold standard of service delivery.
View all posts