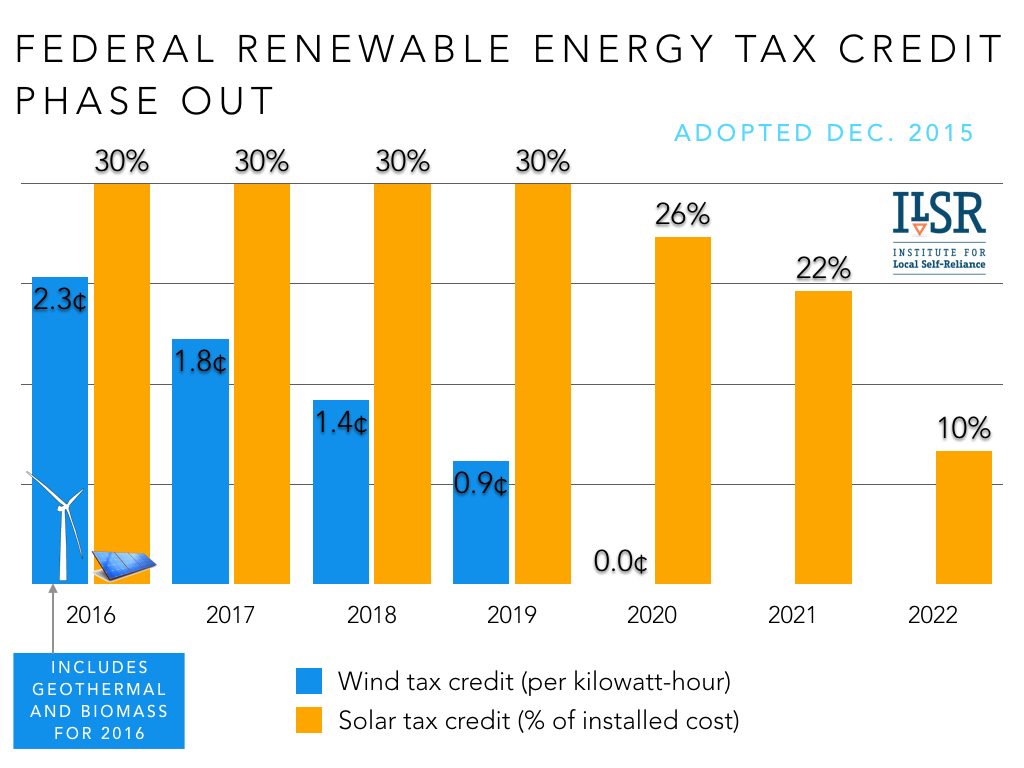 Looking forward, the increasing desirability of corporations and their customers to support sustainability should provide the impetus for even higher demand for renewable energy. This is happening at a time when the Production Tax Credits (PTCs) are scheduled to be reduced or phased out completely over the next three years (See Table 1). Project developers have been trying to move forward projects so that they can still qualify for the credits, but again, the value of the credits is declining. There is always the possibility that the credits could be extended, but there is no assurance this is going to happen. At this point, wholesale electricity forward curves (especially in the Midwest) are not able to support the building of facilities without some sort of subsidy. So, we could be soon entering a period for renewable electricity where demand is increasing but supply is contracting, which will make the costs increase everything being equal.

David is a global commodity professional with detailed understanding of traditional and alternative energy markets, including carbon. He has expertise in both the financial and physical Over-the-Counter (OTC) electricity and emissions markets with trading experience in a multitude of market environments and is an executive member of CAIA, a global education association for alternative investments.
View all posts