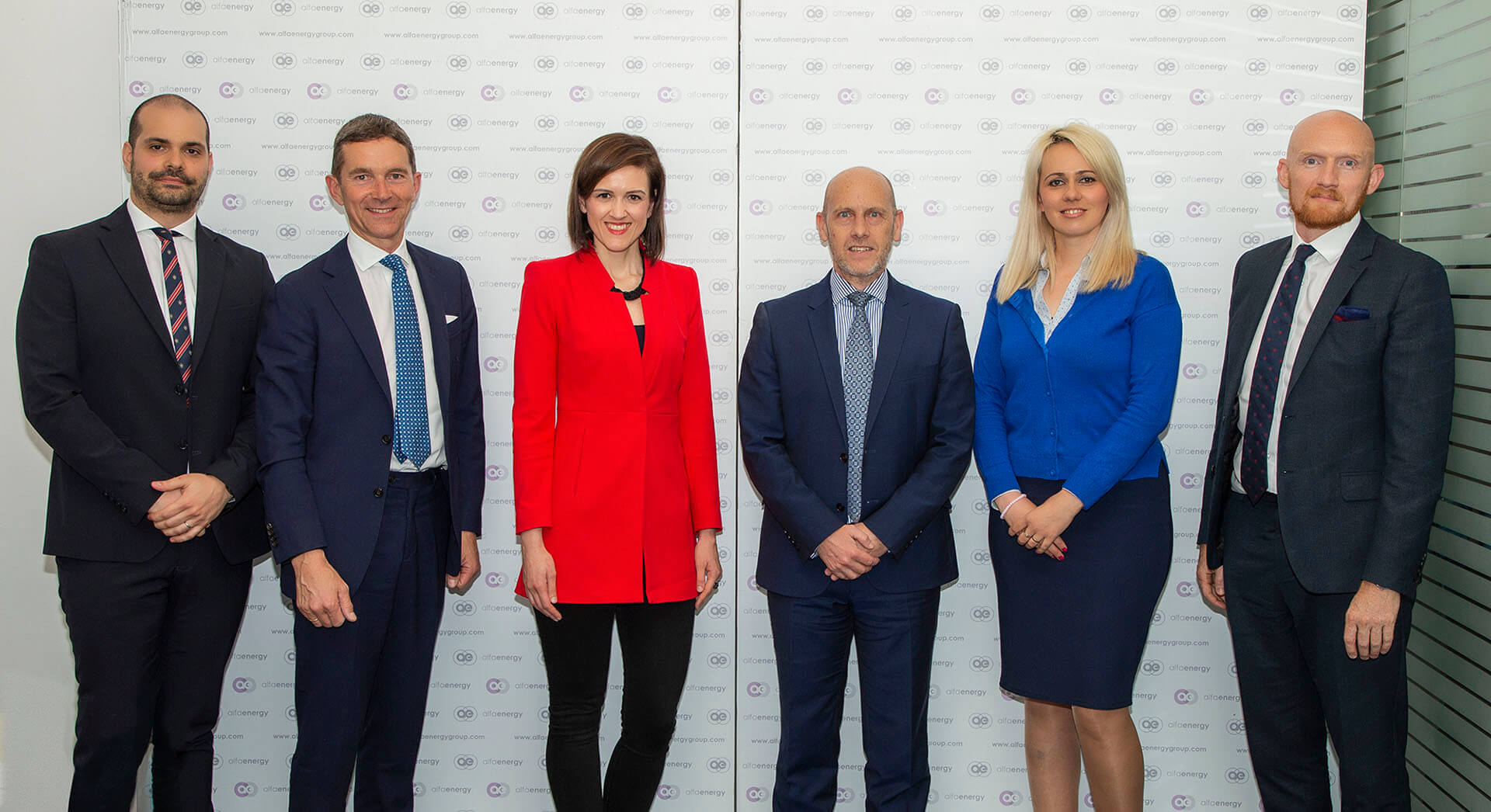 Sarajevo – Alfa Energy Group was honoured to host HM Trade Commissioner for Europe, Andrew Mitchell CMG, and the British Ambassador to Bosnia and Herzegovina, Matt Field, for a discussion of the energy market conditions in Bosnia and Herzegovina and the region, AEG’s role as an international energy consultant, what improvements have been made, and what political circumstances have had an effect on the markets.

Alfa Energy Group’s plan for the region is to support the liberalisation process, helping energy consumers be heard by the government and regulatory agencies. The power market has made progress, but the country is yet to see true unbundling from energy producers and suppliers. The gas market, on the other hand, has not been making movements. According to B&H Statistics, business in the country seems to be positive. GDP and exports are up and inflation, unemployment, and net deficit are down, all of which points to further progress not only in the economy but in the energy markets as well.

The Department for International Trade (DIT) has been an exceptional partner for over 10 years and has collaborated with AEG in putting together an annual electricity forum in Sarajevo to facilitate the liberalisation process by educating energy users and providing them the opportunity to speak directly to suppliers and regulators.

Business as Usual: A note of assurance to our customers and partners